We Cannot Let This Stop Us - ActionSA to Fight IEC Rejection 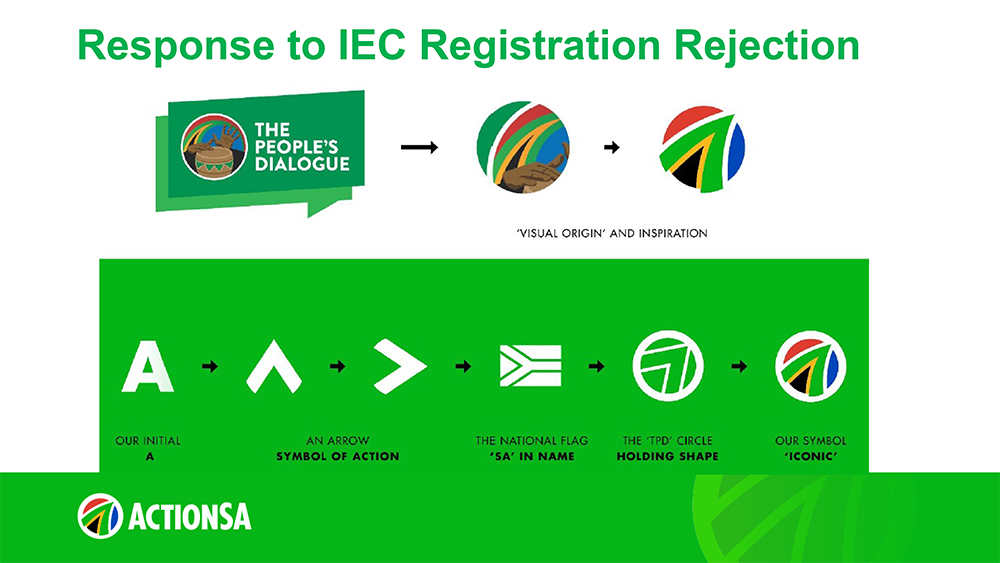 This appeal is not only about our logo, but about the democratic principle of the fair and consistent application of the law.

We must never allow our INDEPENDENT Electoral Commission to get away with anything but clear, logical, and correct application of the Electoral Act. Anything less, and we risk a future where elections are stolen and IEC officials bought.

Recently, the IEC rejected our application to register ActionSA as a political party in a move that we believe to be an irrational and inconsistent application of the laws of our Country.

In their letter to us, they cited two issues:

ActionSA’s identity was forged through an engagement with millions of South Africans. Our branding represents an organisation that brings South Africans together to Act as One, unifying people and not dividing them.

We believe this is worth fighting for. We must stand tall. This is our first test!

In our view, the IEC has applied the law incorrectly, and inconsistently on this matter, and we will not back down without a free and fair appeal. There is a principle at stake that we believe is worth fighting for.

On the first issue, the IEC cited the Heraldry Act (a vague piece of legislation from 1962 that governs the use of the South African flag in branding) as a reason to reject our application. This is a clear case of IEC acting beyond its legal mandate. As a Chapter 9 institution, it has no legal authority to decline an application outside of specific parameters of section 16 of the Electoral Commission Act. A few days following their rejection, the Deputy CEO of the IEC came out and agreed that the IEC cannot reject our logo on this basis. 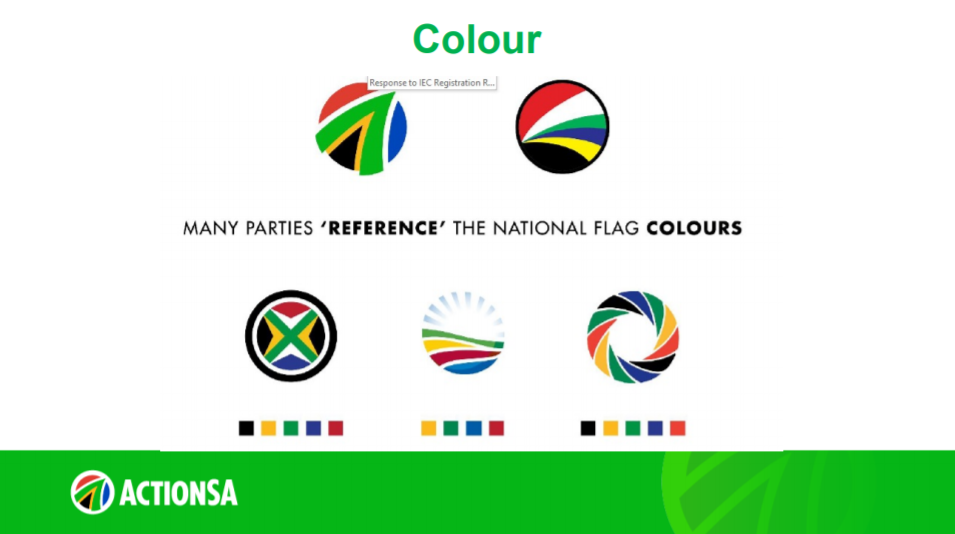 On the second issue, the IEC cited perceived similarities to the logo and name of another political party, Party of Action - a party that has never contested any elections. However, both the style of the logo and the name of the political parties when they appear on the ballot paper (POA and ActionSA) are different enough and far enough apart that there is almost no opportunity for confusion. 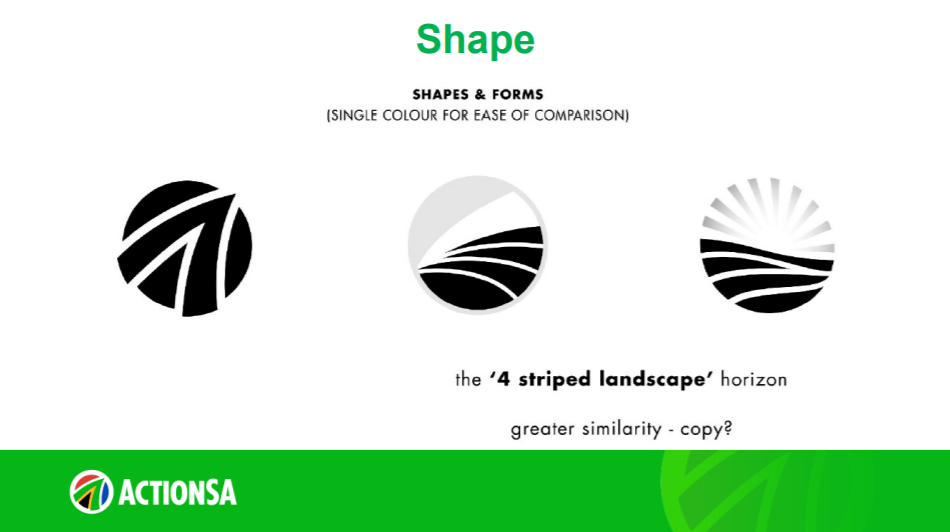 On both issues, our legal representatives have cited inconsistency in the IEC’s application of the law. There are many political parties that have co-opted the South African flag in their logos, like COPE. There are also many political parties with similar names that have indeed proven confusing for voters, like the ANC, the AIC, and the APC. And yet the IEC did nothing to stop their registration.

Why then is the IEC suddenly taking such a strict approach when it considered our application?

We cannot allow the IEC to refuse our registration because of inconsistent and arbitrary application of the law.

Today, it is the rejection of our application to register, tomorrow it is the alignment of IEC officials to their favoured political party. We cannot let this stop us.

If you can, I would ask that you please consider making a contribution to our IEC appeal fund.

Your contributions will allow us to gather the right legal minds and the resources needed to take on the IEC’s obscure rejection of our application.

All donations are collected by The People’s Dialogue NPC for and on behalf of ActionSA and are used for the exclusive furtherance of ActionSA.

Make a contribution to the ActionSA IEC appeal fund.